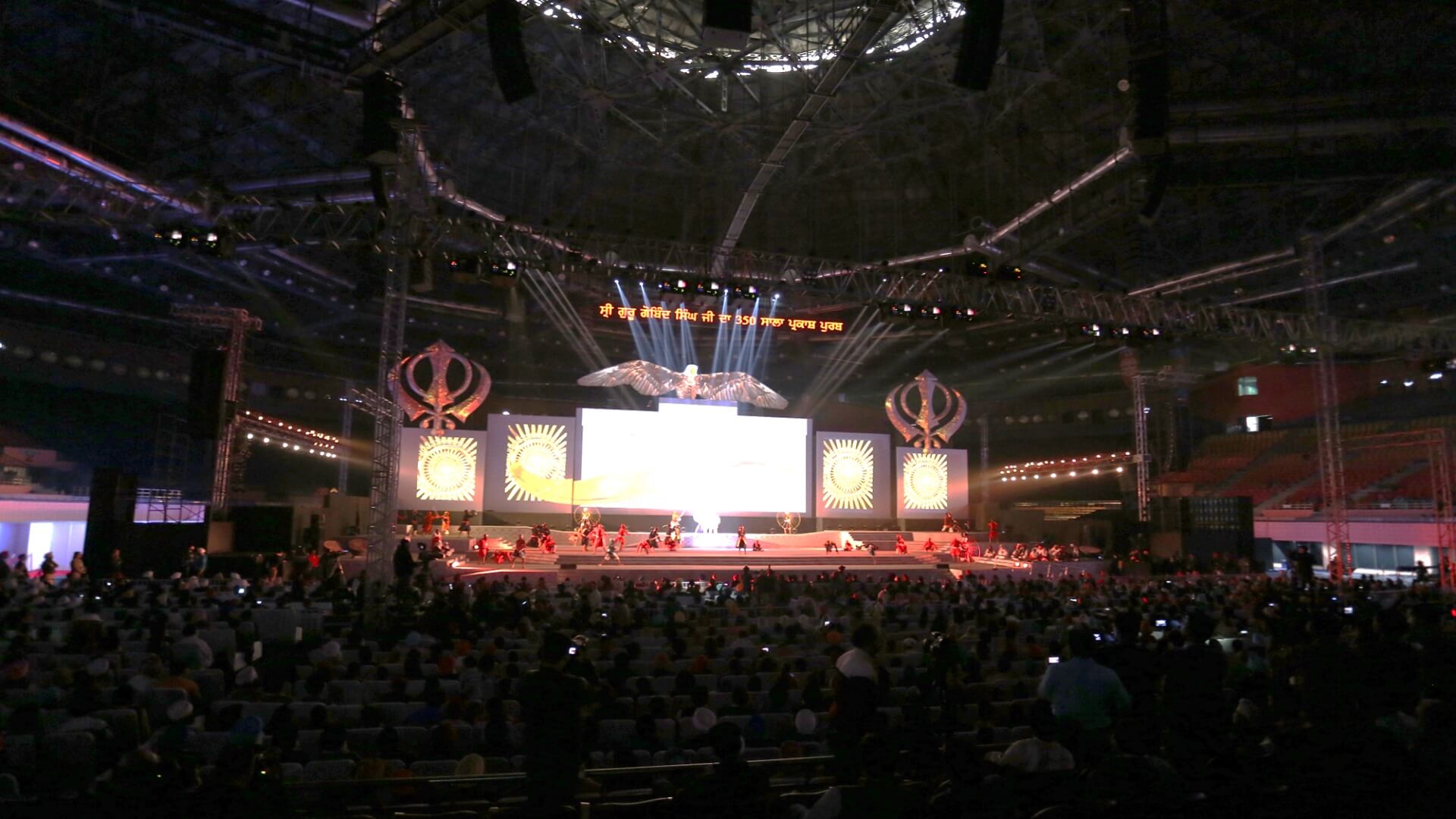 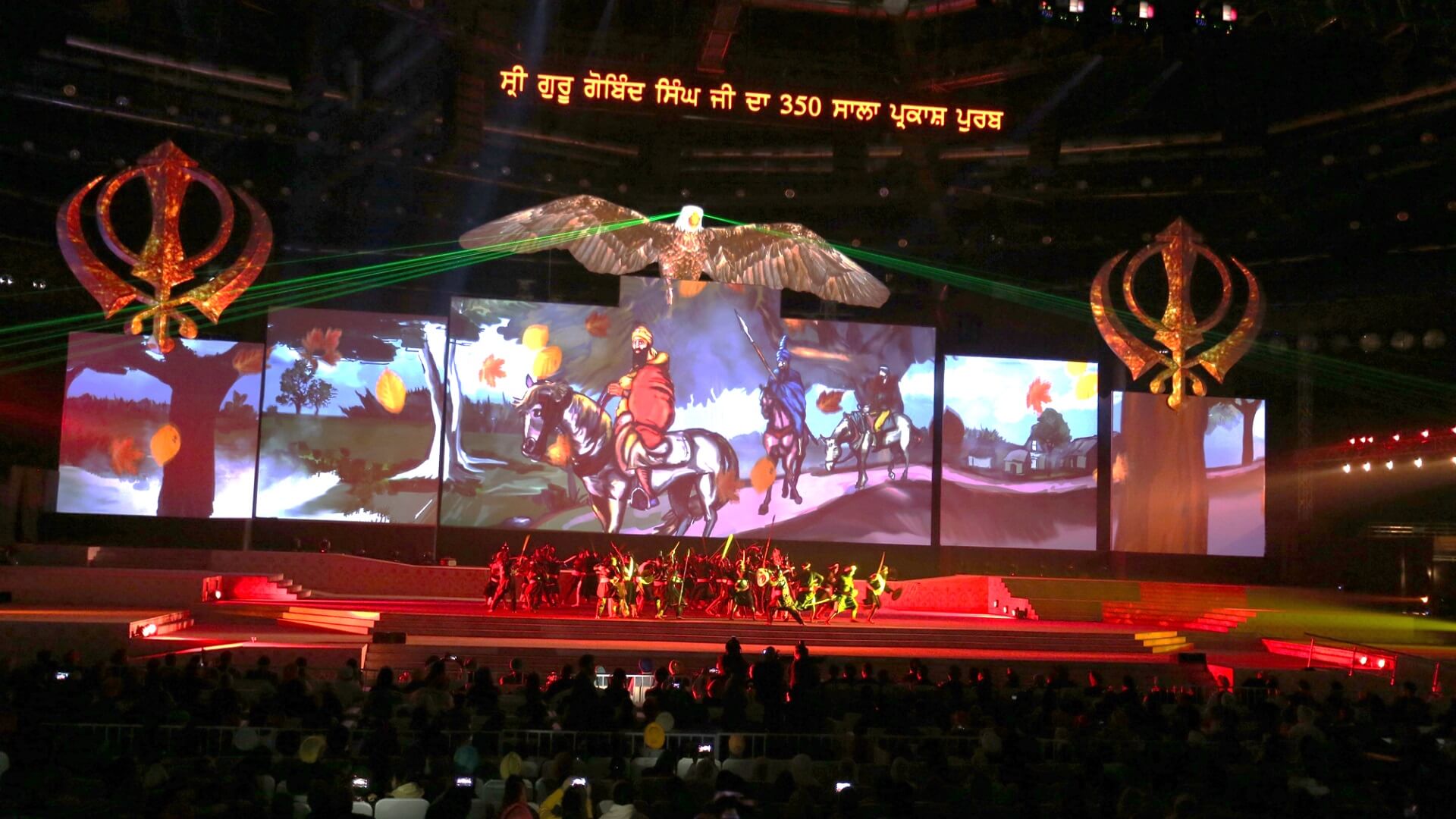 Every day 27 million Sikhs across the globe revere the teachings of the 10th Guru, Guru Gobind Singh Ji. His 350th Birth Anniversary was a once in a creative lifetime opportunity where we re-created the many facets of the Saint-Warrior’s life and times.

The 18th of December 2016 shall remain indelible for Team CSDirekt as on this day we got this pious opportunity.

The association of Guru Gobind Singh Ji and his ‘Baaz’ (White Falcon) is that of constant companionship. Taking a cue from that companionship, we created a 30-minute multimedia show where the story of Guruji was narrated by an animated larger than life Baaz.

The saga was directed by Padma Shri awardee Bansi Kaul and featured a cast of over 700 artists from all over Northern India.

We created an event that was a perfect confluence of 'Real and Reel' where projection mapping seamlessly complimented the live performance of 700 artistes.

Mr. Badal praised the Event stating that "It was the best Show he had seen so far".

Other impressive features of the production included two 30 feet tall khandas, aka the 'Symbol of Khalsa', and an immersive 220 ft. x 40 ft. projection screen.

The event was attended by 20,000 people, including leaders from four religions – Jainism, Islam, Sikhism and Hinduism.

The event was prominently covered in several traditional and online media platforms. 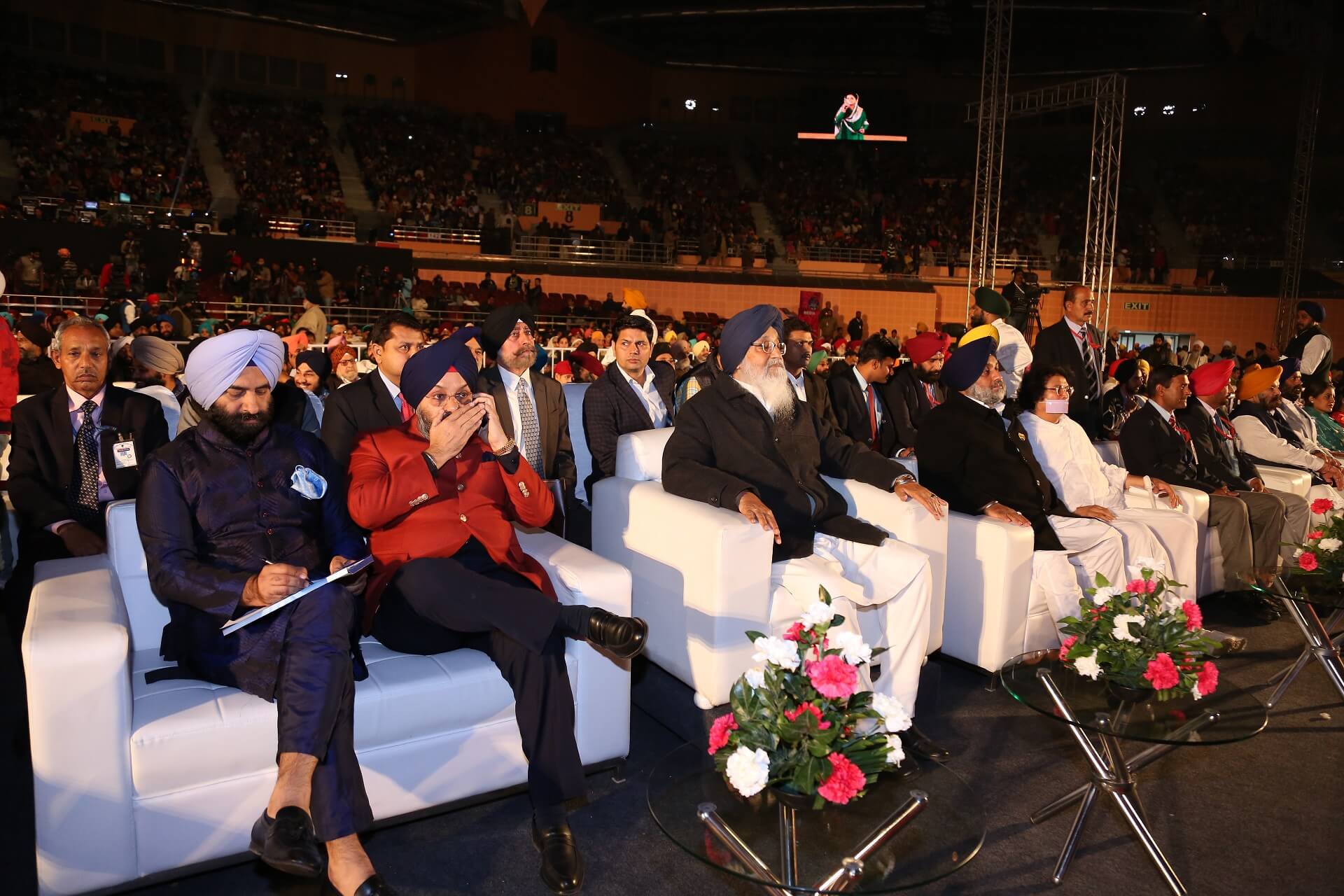 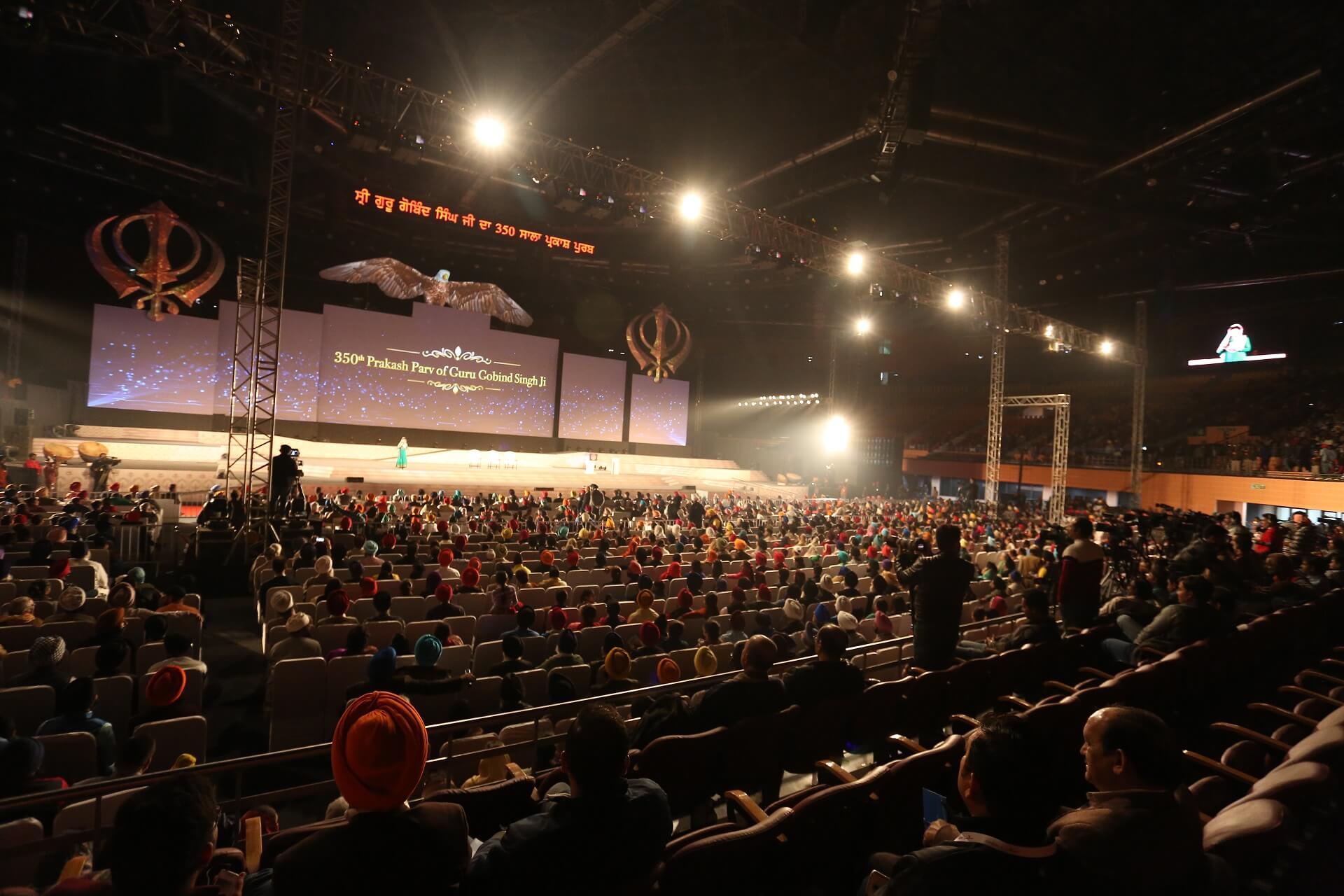