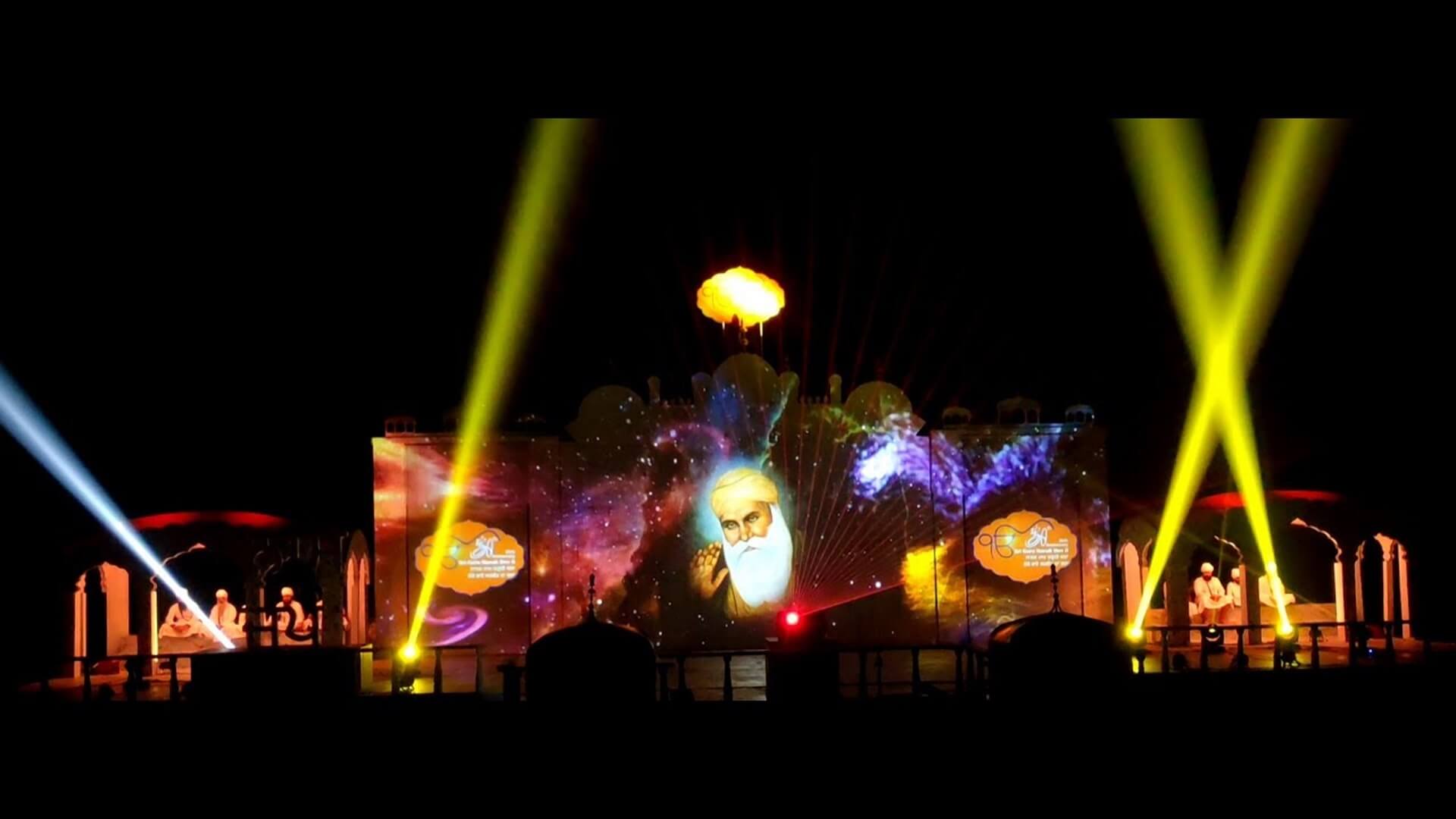 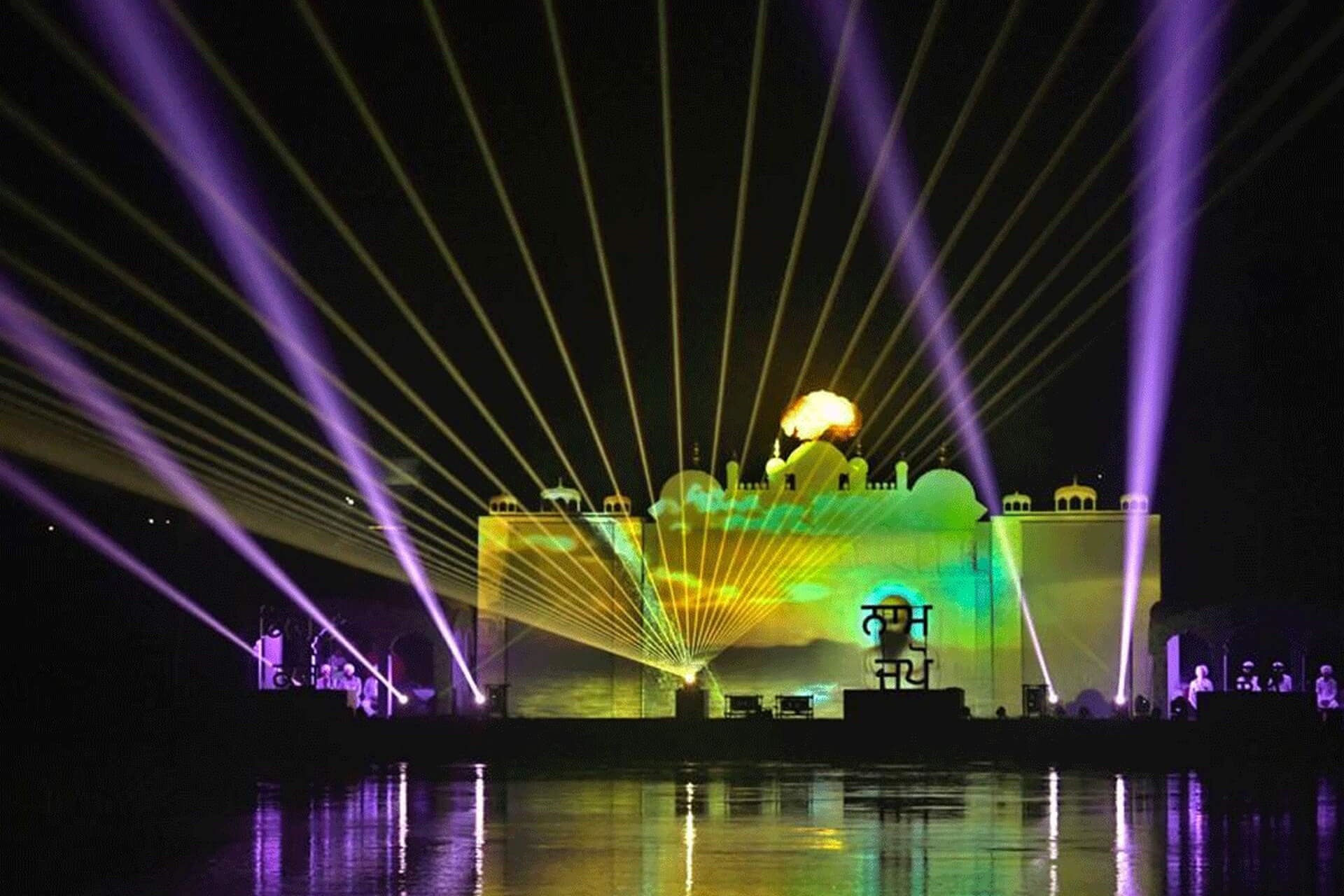 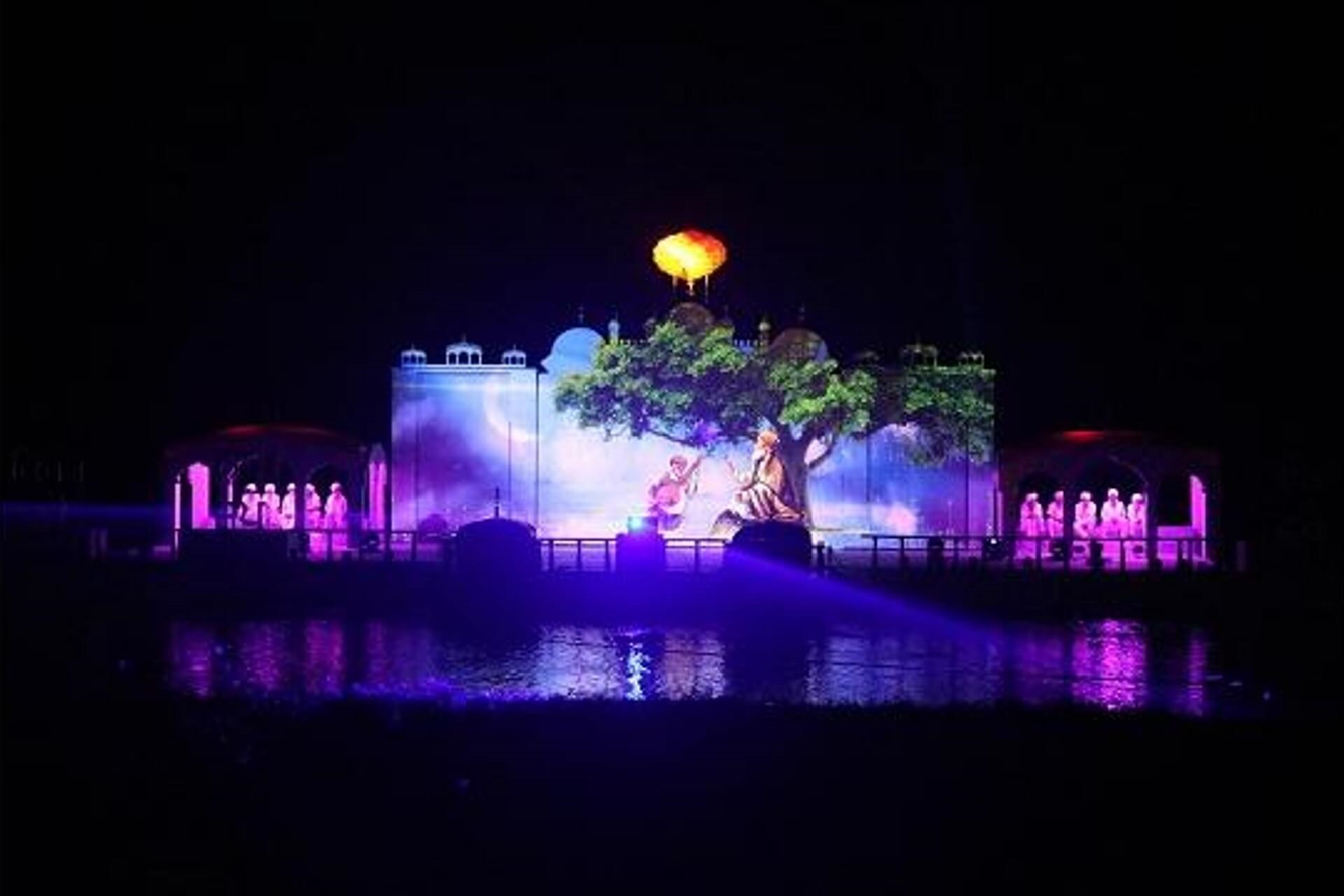 The 550th birth anniversary of Guru Nanak Dev Ji was an auspicious occasion.

The two largest rivers of Punjab - Sutlej and Beas, with more than 100 villages on their banks, were used to spread Guruji’s message to the masses.

A team of more than 200 people - Naval Officers, Civil Engineers, Marine Experts, Designers, Content Curators, Storytellers and Historians - came together to bring alive something that the people of Punjab had never seen before – A floating Sound & Light show.

The team worked relentlessly day and night to put this mesmerizing show together; To bring people from all walks of life closer to Guru Ji’s teachings.

This 100 ft. wide and 60 ft. tall mesmerizing wonder was witnessed by more than 100,000 devotees. Not only the devotees in the state, but devotees from all across India were moved by this idea garnering pan-India media coverage.

The float on water successfully bonded together people from all walks of life in a single thread of love and mutual respect for one another keeping the spirit of ‘Ek Onkar’ alive! 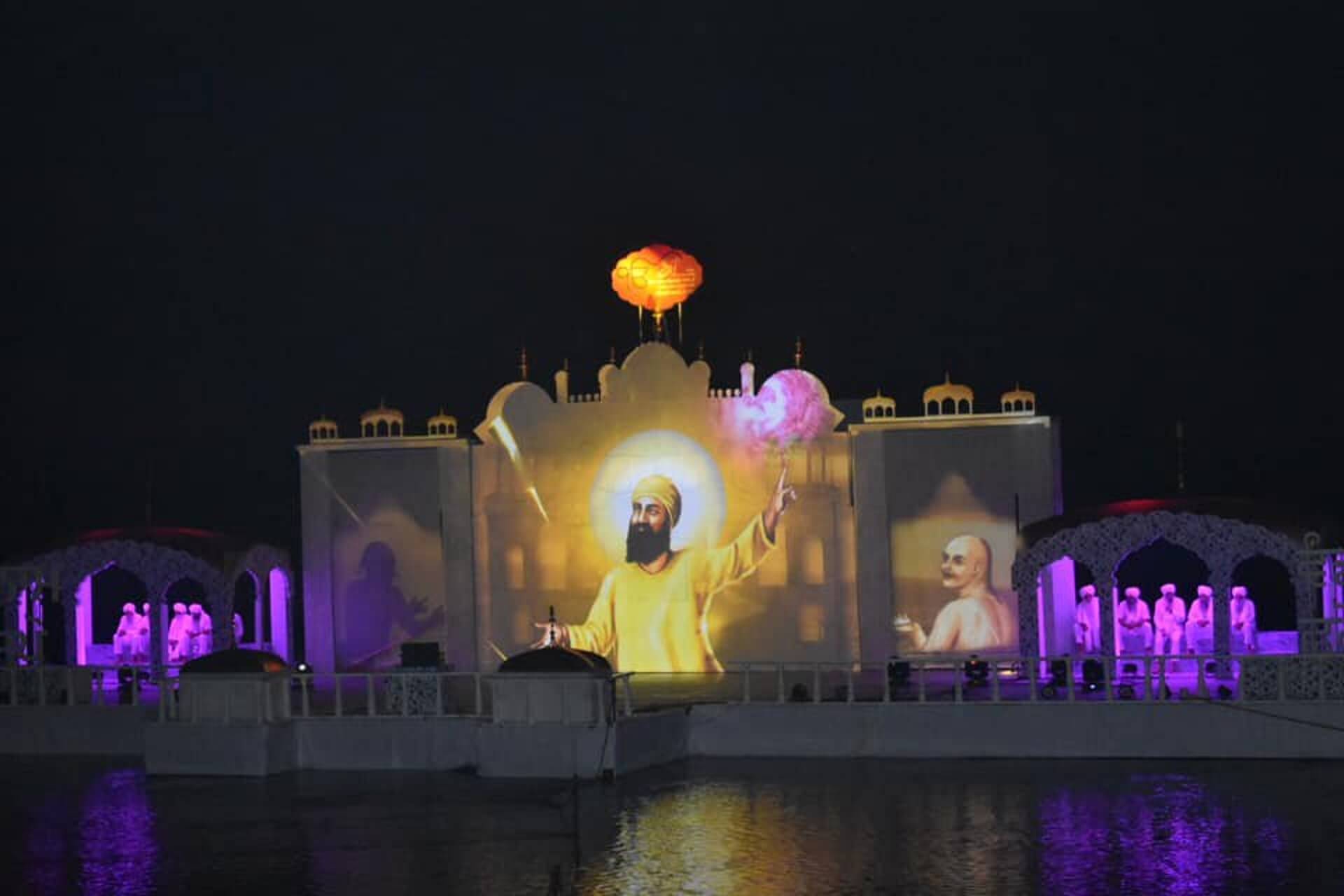 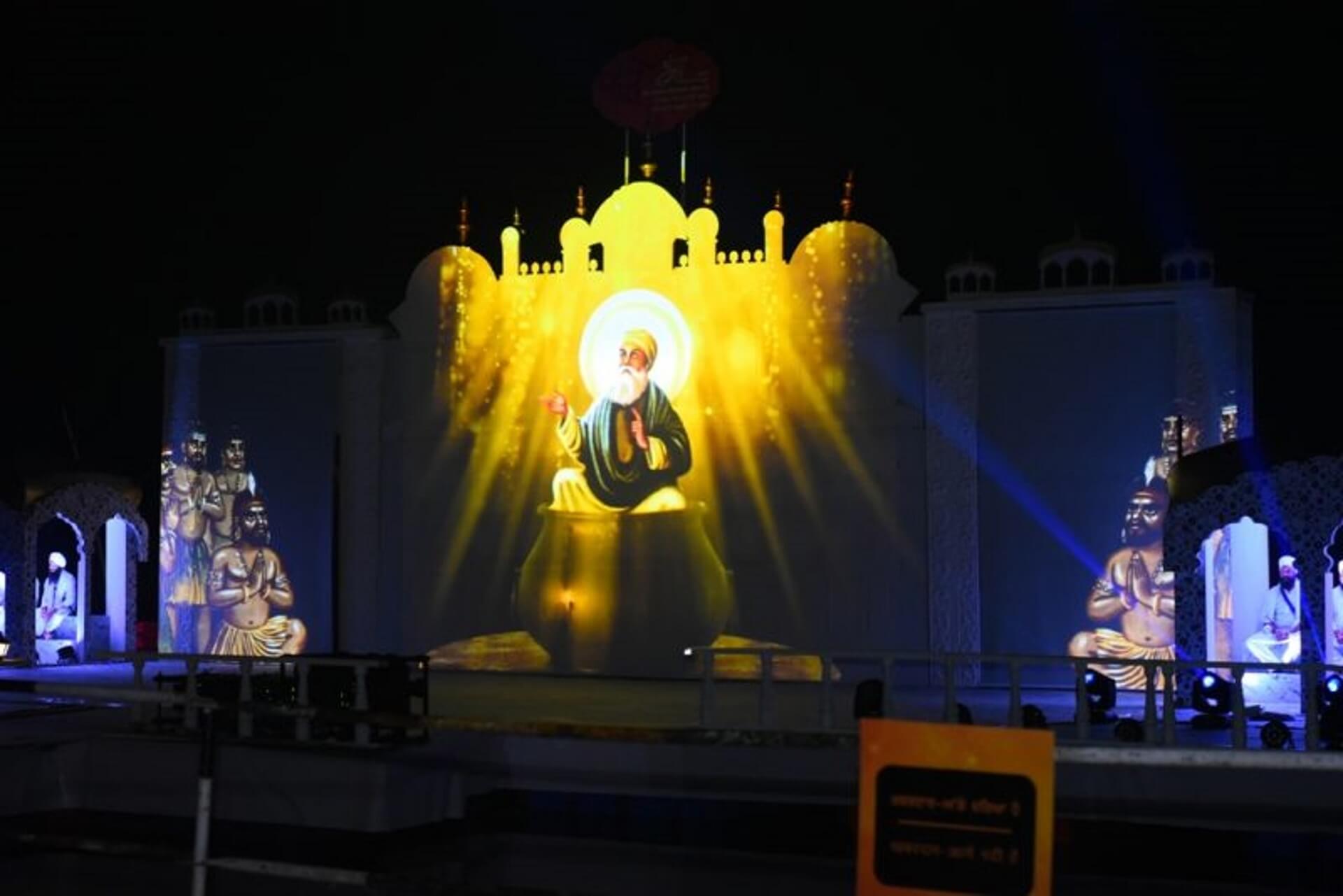 Eminent voiceover artists like Shammi Narang and Anjana Puri were used to create a musical soundscape and dramatic effects. The historical accuracy of the narration was verified by historians and scholars.

Digitally illustrated characters, especially the depiction of The Sikh Gurus, were composed on top of 3D animated environments.

The execution included detailed drawings, onsite and offsite production of set, erection of façade, creation of audio-visual content and the use of multimedia technologies so as to engage the audience and create an immersive impact! 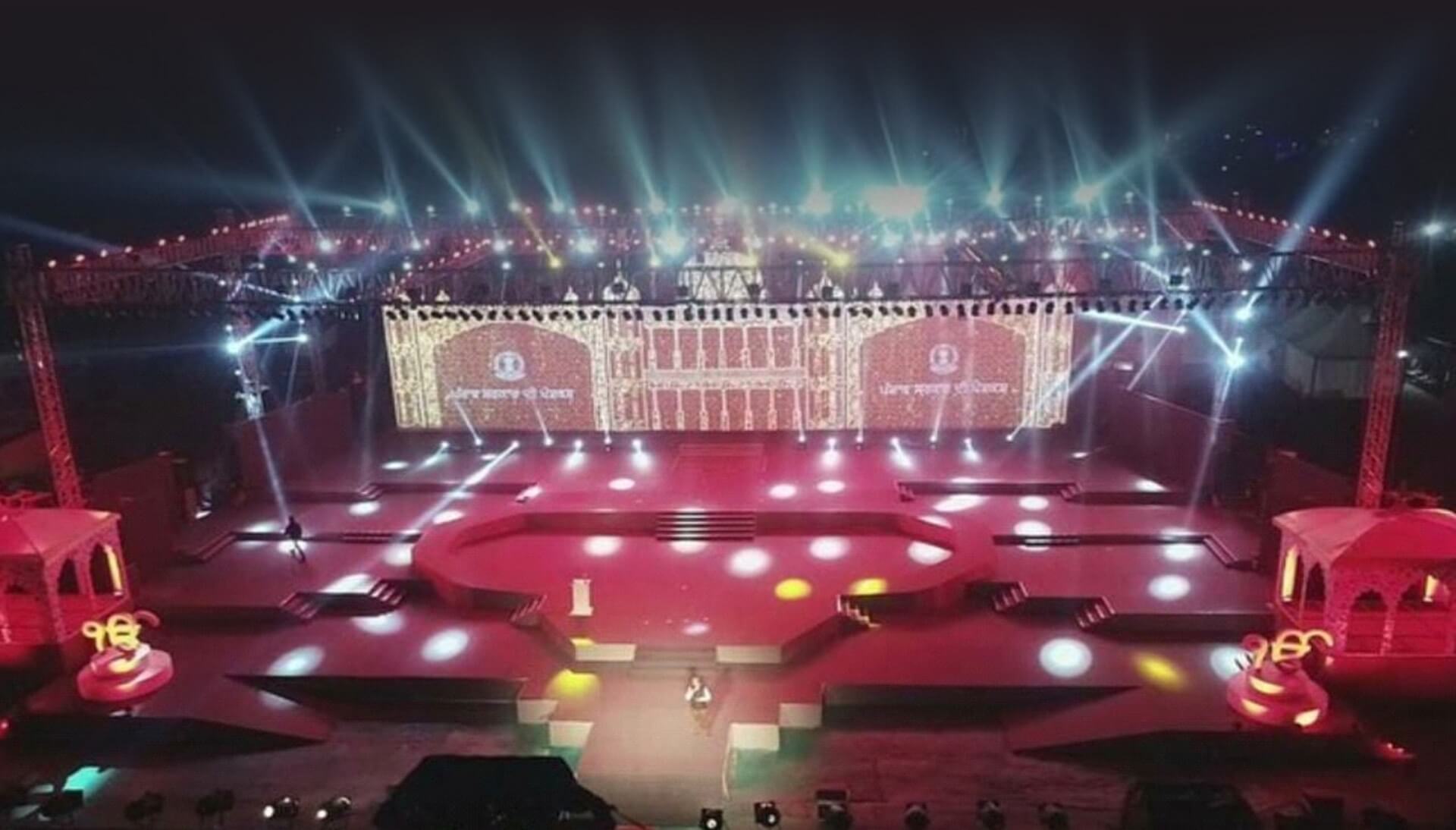