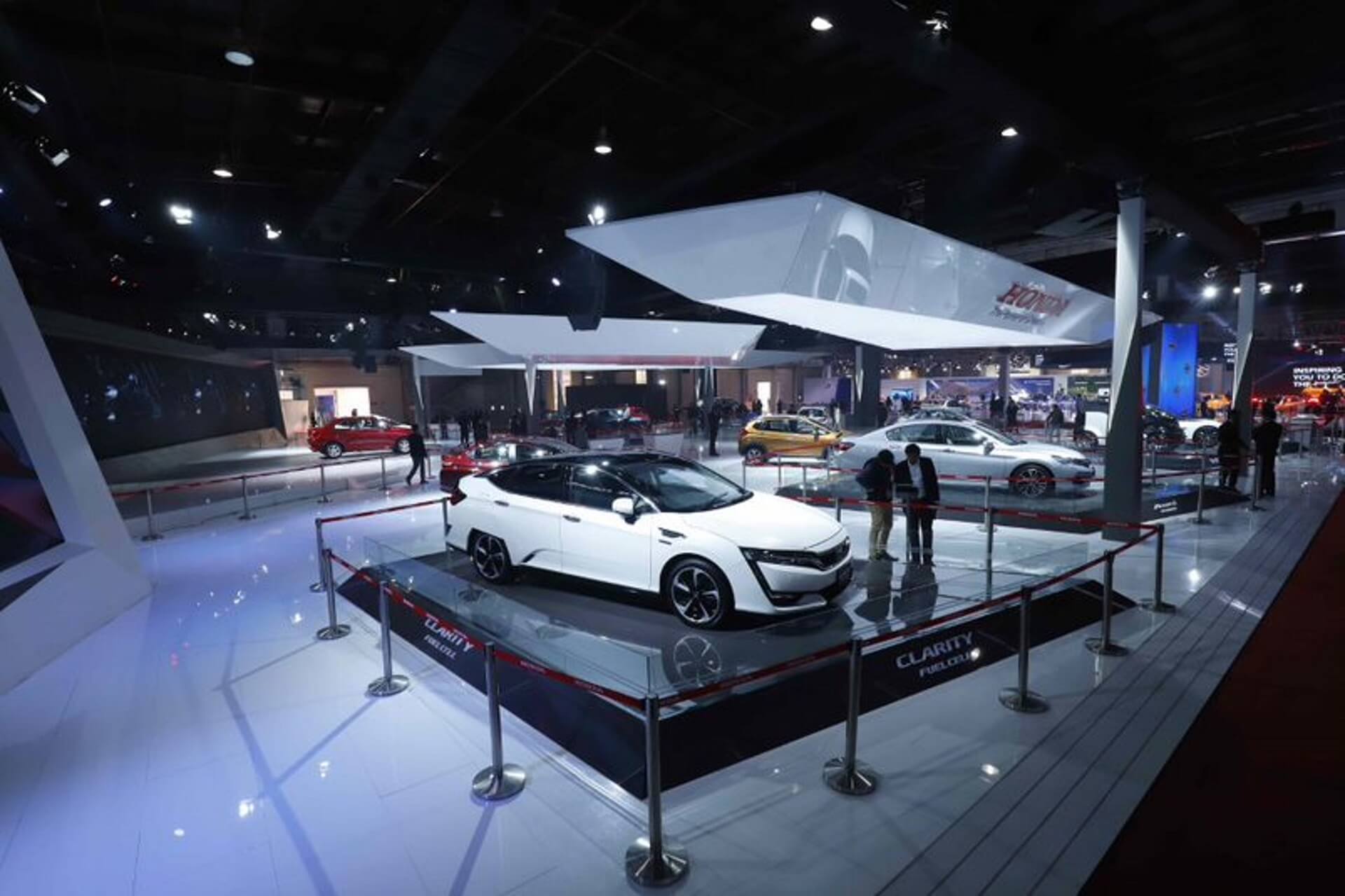 Auto Expo 2018 was extremely important for Honda, as they showcased three important cars for the Indian market. These included the second generation of the Honda Amaze and the new Honda Civic. These were crucial launches for Honda as they had been due for a complete overhaul the company clearly wanted their supremacy in this segment space as well.

The 3 side open space of 24,000 sq. ft. at The Expo Centre in Noida was designed to make Honda stand out amongst its competitors.

We conceptualised a modern and edgy design language to position Honda as “A Brand for The Youth”. Focal points with digital engagements were created to attract the audience and capture data. Honda’s Green Initiative and Blue Skies for Children philosophy was recreated in the ceiling LED screens above the cars. White, silver and red were the effectively used colours to mark the presence of the booth amidst other brands.

More than 400,000 customers visited the booth to check the cars, engage with the brand, and make a connection. The Future Philosophy of Honda was displayed effectively on the central stage area. Touchscreens and timelines were created to share the legacy of the brand!