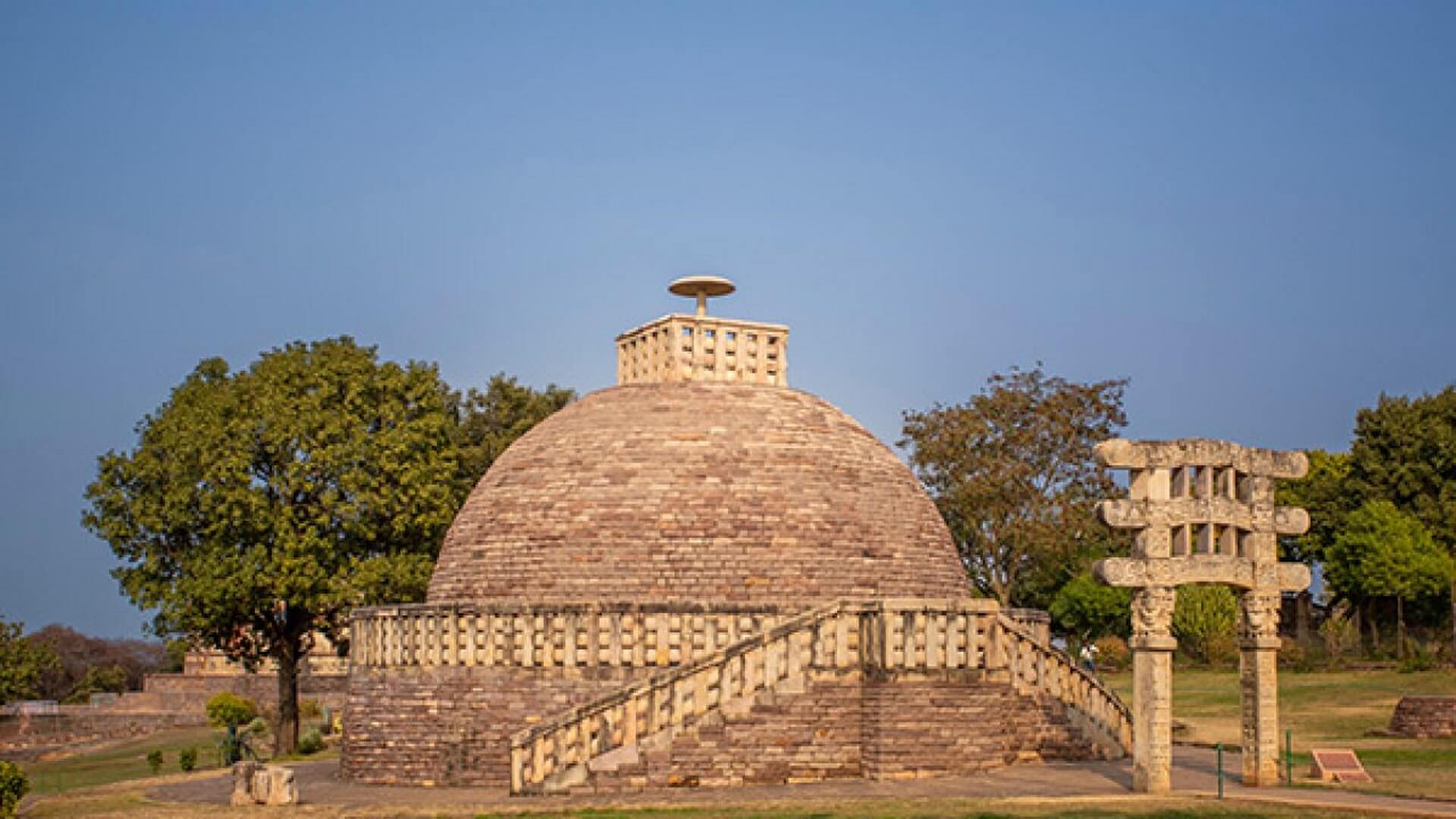 The light and sound show at Sanchi was built to thrill the senses and educate the public about this ancient Buddhist World Heritage site founded by Emperor Ashoka in the 3rd century BC.

The main Stupa was the backdrop of a new light and sound show that used 3D Projection Mapping Technology, Lasers, and Amplified Sound to turn the monuments into an open-air 3D theatre.

A lyrical journey with dazzling Projection Mapping, Light Show and 11.1 surround sound was made possible by innovative technology, which enthralled audiences through stunning images and sound!

Inaugurated in March of 2019, the colourful and fast-paced show presented information and stories about Sanchi's history and importance, and the Buddhist relics in Satdhara, Sonari, Muralkhurd, Udayagiri, along with the Temple of Gyarspur and Raisen Fort.

The show was in Hindi, and drew many local people, along with tourists who wanted to extend their magical Sanchi experience well into the evening! 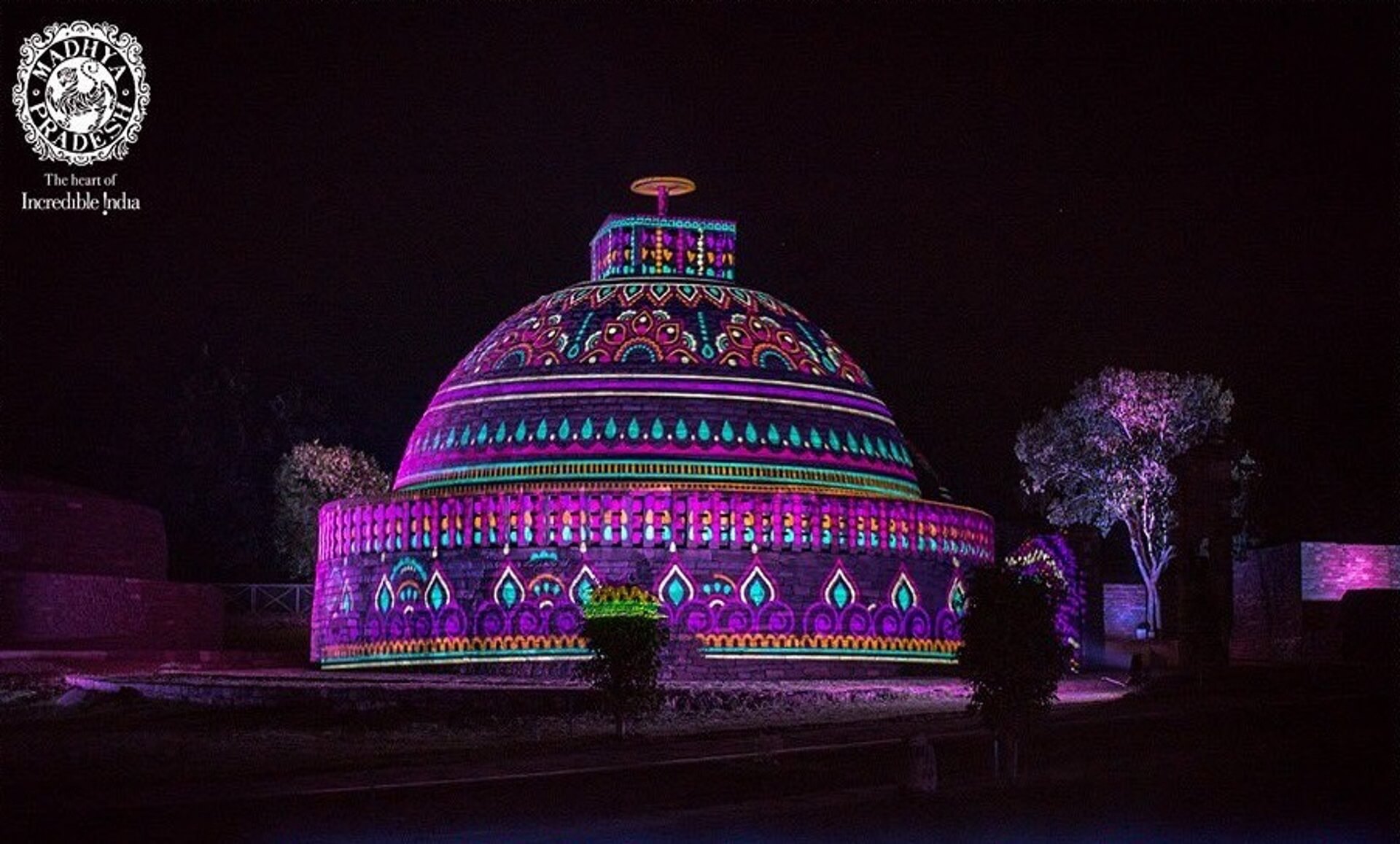 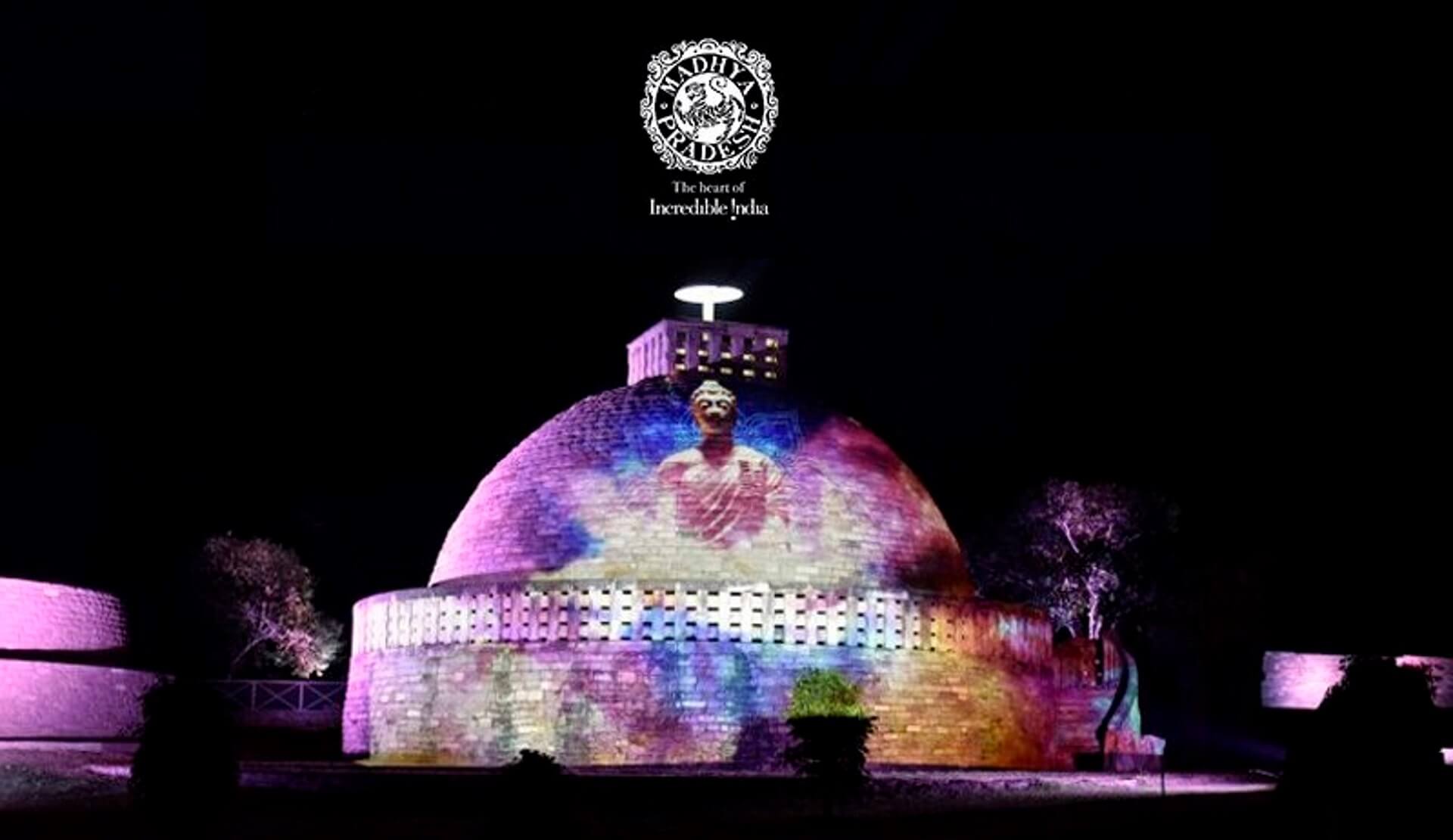 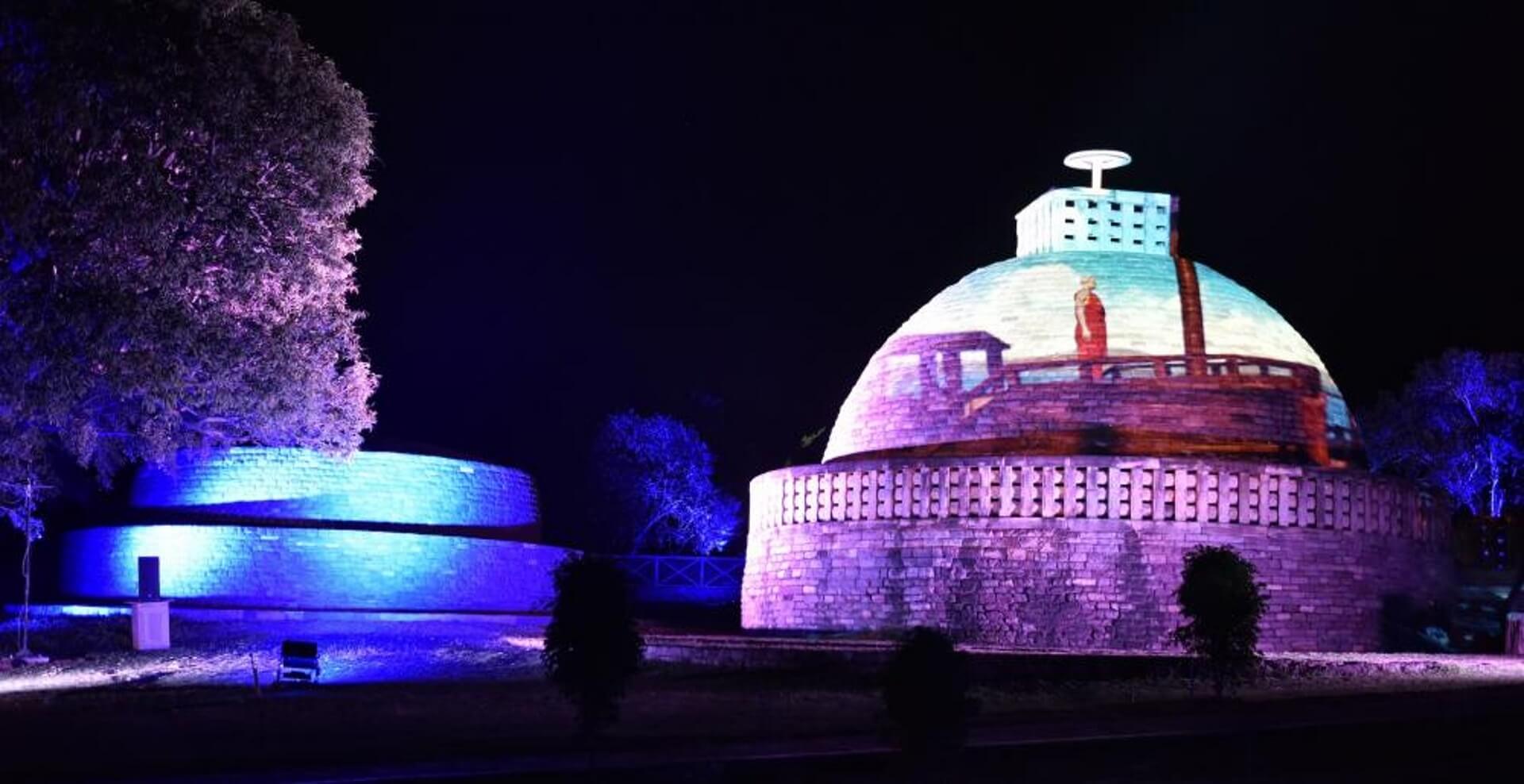