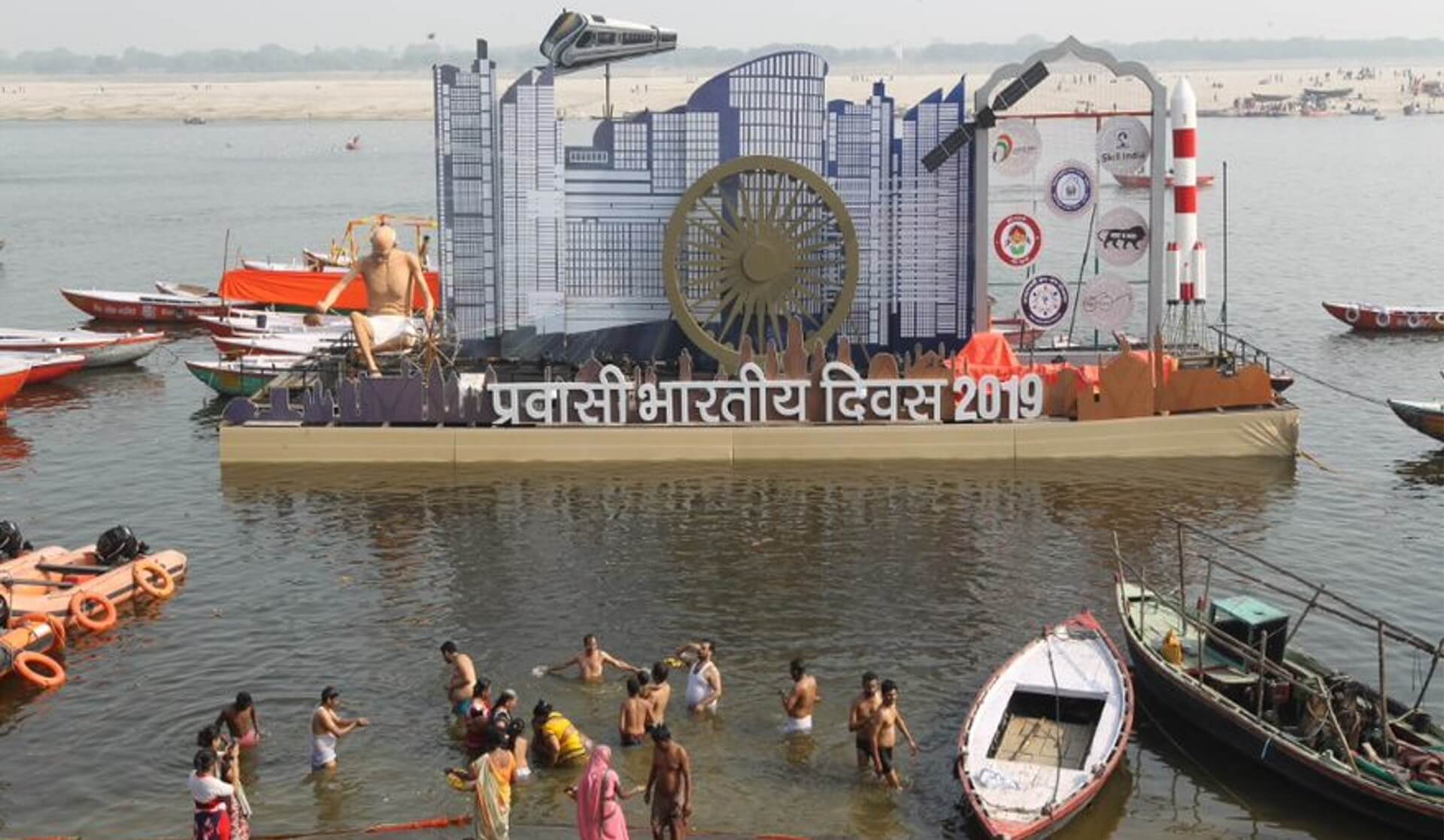 The 15th edition of ‘Pravasi Bharatiya Divas’ was held in the holy city of Varanasi (Benaras). The stage was set for the biggest conclave of non-resident Indians flying into India from more than 200 countries!

CSDirekt was given the mandate to glorify the river Ganga with experiential ideas that would attract the NRIs and to showcase contemporary India in a city that is deeply rooted in her ancient traditions.

We embraced the challenge and created India’s first light and sound show on a floating tableau: A Multimedia show with Projection Mapping, 3D Sculptures, Surround Sound, Lasers and Intelligent Lights that would narrate the story of India and its Soft and Economic power diplomacy!

However, constructing a floating tableau in the river, and that too in the oldest city in the world, was a herculean task. We were up against mammoth odds! The 40-tonne structure was to be floated and stabilised in the unstable water.

We disassembled the pontoons, transported them from Kolkata (the only city that had them) and then again reassembled them in Varanasi. We were tested amidst the chaos of the city that was buzzing with foreign and domestic tourists.

Against all odds, we not only crafted the intricate tableau design, but managed to put together a show that attracted the guests and locals alike!